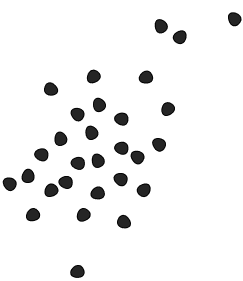 Halloween is one of the most popular times of the year in US amusement parks. Events with haunted houses and scare zones start well in September (and even August). Here in Europe, it’s a different story.

Even though it’s not as big as in the US, Halloween in European amusement parks is slowly getting more popular. In most countries, at least one—or more—parks offer some form of scare entertainment. There are even horror nights with haunted houses, and scare actors.

If you are planning on celebrating Halloween season in Europe? Then these are the places to be!

Amusement parks with a Halloween season

Most large amusement parks offer some form of Halloween season. Some just do decoration, while others have haunted houses, and scare zones.

These are the parks where you can get the scariest experience.

Alton Towers is perhaps the most well-known amusement park in the UK. This year they celebrate the 15th anniversary of their Halloween event Scarefest.

Scarefest takes place on selected dates in October. During that time, there will be Halloween decorations in the park and even a scary overlay in some rides. It’s a family event, so there is even some entertainment for little children.

If you want some good scares, visit one of the four haunted houses. This year, three favorites return, and there is even one brand new one. Admission to these houses needs to be bought separately; the other Halloween entertainment is included in your ticket.

The Dutch amusement park Walibi Holland celebrates Halloween on select nights in October. During the day, they have something called Spooky days. This is mainly for little children and not particularly scary. Usually, there is a scary labyrinth for the little ones, but don’t expect much of it as an adult.

For the big kids and adults, the fun begins in the evening, when it gets dark. Then it’s time for Halloween Fright Nights.

Then the haunted houses and scare zones are open to guests 18 years and older. Be prepared to get a good scare here, as the houses are done professionally. The scare zones are particularly fun if you don’t feel like going into the houses.

There are always some separate ticketed experiences. It’s best to buy those in advance so you don’t miss any Halloween fun. Admission to Fright Nights is included in your day ticket.

Next, we go to Germany, to the park Movie Park Germany, located not that far from the Dutch border.

Here they know how to celebrate Halloween. In the past, they even had a scary ride with the clown IT. That one gave me nightmares.

Besides the Halloween overlay of some of the rides, expect scare zones and some haunted houses here. Remember that you will have to buy a separate ticket to enter those houses.

To get access to this event you have to buy your tickets in advance through the Movie Park Germany website. The Halloween Horror Festival will be held on selected dates in October and November. The haunted houses open around 6 pm and close around 10 pm, so make them your priority while visiting.

This is probably one of the best Halloween events in a European amusement park.

Now we are slowly getting to the more Family-friendly Halloween events. The first one is Halloween Scare Nights in Plopsaland de Panne. This is usually a very friendly amusement park in Belgium.

On select dates in October, the park will celebrate Halloween. This event is accessible to people of all ages. Admission to the haunted houses is included in your ticket, but only if you are over the age of 14.

That should also give you an idea of how scary those houses are. They won’t give you nightmares, but prepare some jump scares.

Parc Asterix is an amusement park in the north of France, not far from the final park on this list, Disneyland Paris.

For years, Parc Asterix has celebrated a family-friendly Halloween event called Peur sur le Parc. During the day, the rides, and some parts of the parks are decked out with a Halloween theme. At night, the terror begins, and all the scare actors come out.

Besides the scary rides and actors following you, you can also visit one of the four haunted houses. Some are even included in your tickets. Also, don’t miss the scary shows performed during the event.

The final Halloween event on the list is very family-friendly, it’s Halloween in Disneyland Paris.

Every year at the end of September, the Halloween season starts in this French amusement park resort. This is not Halloween as you might expect. The decorations are more fall than zombie.

Usually, the only resort parts that get any Halloween decorations are Frontierland and Main Street U.S.A. in Disneyland Park. Other than that, you hardly notice anything from the Halloween festival.

There will be some shows with the Disney Villains – like Ursula, Cruella, Captain Hook, and Dr. Facilier, and some meet and greets with several Disney characters in Halloween outfits.

The best part of this season is the Halloween evening on the 31st of October. This is a separately-ticketed event, especially for adults. It’s the only time you can come to the parks dressed up as your favorite character. The only time you can take a picture in front of the castle in a princess dress. But don’t expect to get scared, like the events at the parks above.

6 Reasons why you must visit Europa-Park!

The 6 scariest roller coasters at Europa-Park

Things to see and do in Picardy, France

Funniest museums in the Netherlands

Where can you view bulb fields?