Everything you want to know about Disneyland Paris! 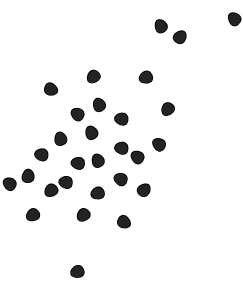 If you have a family, you almost cannot escape it: a visit to Disneyland Paris. You will probably have heard and read a lot about it already. Still, we’re going to tell you some things you might not have known.

We have been visiting Disneyland Paris every year (and often several times a year) since 1993. Over the years, we have experienced a lot: restaurants, shows, parades, attractions and hotels. And we’ll tell you exactly what we liked and what we liked a little less.

Finally, if you don’t have a family, but go to Disneyland Paris with your partner, friends or even alone? Then this information is for you too!

When booking a visit to Disneyland Paris, there are a few things to consider:

And I’m sure there are many more questions you have. Let’s go through each one.

The best time to go to Disneyland Paris depends on your preferences. Don’t like crowds? Then you’ll have to avoid weekends and school holidays. As well as French public holidays, for that matter. On 14 July and 1 May, most people in France are off, and then Disneyland Paris can be quite crowded.

Are you tied to school holidays? Then spring break is usually the quietest time of the year to go.

Find the best prices for your stay at Disneyland Paris ↗

Do you like those seasons? Then you will have to plan your visit accordingly.

How many days in Disneyland Paris?

A day trip to Disneyland Paris is doable but a bit too short. You can undoubtedly spend a nice day there only you will not have enough time to experience everything.

Two or even three days would be the minimum. Then you will have plenty of time to travel there and experience the many shows and attractions.

If you combine it with a visit to Paris or a few days exploring the region, you can easily spend a week here.

Is it your first visit to Disneyland Paris? Then I really recommend a Disney Hotel.

The reason for this is the location of these hotels. This is because they are within walking distance of the Disney parks. Could you use some rest, is it raining or are you done with it? Then you can easily walk back to your hotel room. Unfortunately, this is different at Partner Hotels and the other hotels in the area. Then you are tied to a shuttle bus.

Also nice about the Disney hotels are the themes. For instance, there is a Marvel, Toy Story, and Cars Hotel. Children will be immediately excited by these.

Want to go to Disneyland Paris on a low budget and don’t mind waiting for a shuttle bus? Then check out the Partner Hotels.

Finally, a little tip! A stay does not include breakfast, so don’t forget to book this.

Book individual tickets or a package?

If you go to Disneyland Paris, you can book single tickets or a package as they call it. This is really just a combination between tickets and accommodation.

Single-day tickets are handy if you’re only going for a day. Then make sure you buy a ticket with a date on it, as it is required to prearrange your visit. And without this reservation, you won’t get in.

Do you have a ticket without a date? Then check the Disneyland Paris website to see which dates are still available for your visit.

Going for several days and staying at a Disney Hotel? Then a package is always cheaper. You can book them very easily via the Disneyland Paris website. Unfortunately, they no longer have offers, but through the price estimation calendar, you can still find the cheapest price for your stay.

How do you get to Disneyland Paris?

You can reach Disneyland Paris quite easily. For example, by car, train, bus or plane.

Personally, I usually go by car. Then you have all the freedom to decide when to arrive and when to leave. But I also know plenty of people who are fans of the train. Disneyland Paris has its own train station with connections from the major cities in Europe and the UK by Eurostar or TGV.

Going by plane is also possible but perhaps not very convenient with the current situation at the airports. Charles de Gaulle, one of Paris’ two airports, is about 15 to 20 minutes from Disneyland Paris. You can book a bus to drop you off at your hotel or take the direct train to Disneyland Paris.

Another small note. You will probably encounter toll roads along the way if you go by car. And in France these days, they also have environmental zones but you won’t go through them when visiting Disneyland Paris.

Now that you are almost ready to book, the question remains: where is the best place to book?

There are a number of travel agents you can book through. Personally, I usually book with Disneyland Paris itself or with OAD if they have a good offer

With other providers, the prices are often the same as with Disneyland Paris, so I prefer to book directly. But that’s like I mentioned personal.

After weeks or maybe months of looking forward to it, it is finally time to go to Disneyland Paris. Exciting!

At least make sure you bring a power bank or extra batteries for your camera because you will be taking a lot of pictures.

Again, there are some things you might want the answer to

At Disneyland Paris there are of 50 rides and attractions. They range from quiet family rides for little ones to high speed rollercoasters. It’s a family park with attractions for all ages.

And the best thing is, they keep adding new attractions regularly. This year two new attractions were added in the brand new Avengers Campus in Walt Disney Studios Park. So if you haven’t been to Disneyland Paris in a while, this is the perfect time to go.

When going to a themepark, you know you will have to wait.

How long you will have to wait in Disneyland Paris depend on the time of year and how popular the attraction is. Waiting times vary between 15 minutes and 90 minutes on a busy day. Don’t feel like waiting long? Then it’s best to visit the attractions at the beginning or end of the day. In the meantime, you can then watch the shows and parades and have something to eat.

If you stay in a Disney Hotel, you can enter the theme parks an hour earlier. This is called Extra Magic Time. Many attractions are then already open with a significantly shorter wait time.

Another way to reduce your waiting time is with Premier Access (Ultimate). Here you pay an amount per person to be allowed to queue for a shorter time. This can really save a huge amount of time. Therefore, I would definitely recommend it if you only have one day, for example, or if you really really want to get into an attraction.

With Premier Access Ultimate, you buy expedited access to almost all attractions with a Premier Access queue. It is not cheaper then buying it separately, but then you know in advance how much money you will spend.

The best shows are Mickey and the Magician and Lion King Rhythm of the Pride Lands. The Mickey show is really perfect for children as the most popular Disney characters play a role in this. The Lion King Show is more for adults, a Broadway-worthy musical.

And do your kids absolutely love the Frozen films? There is a special Frozen show at Walt Disney Studios Park with all the famous characters and, of course, the songs!

During the Halloween and Christmas seasons and now for the 30th anniversary, there are special shows that you can only see during this period. So you definitely don’t want to miss those.

At the end of the afternoon, there is a parade in Disneyland Park. This consists of several floats featuring Disney characters. Between the floats there are dancers and even more Disney characters. Make sure you find a spot about 30 minutes before the parade starts, especially when visiting with little children.

The highlight takes place at the end of the evening. Then it is time for Disney Illuminations. This show takes place in Disneyland Park right after closing time. It is a 20-minute show with projections, fountains, light show and fireworks. You really shouldn’t miss this one!

From all that walking around an amusement park, you get hungry. And fortunately there are a lot of restaurants in Disneyland Paris.

From 60 days before arrival, you can make reservations at the restaurants. Be sure to do so, as reservations go fast. It is almost impossible to book on the day itself.

Fortunately, this only applies to table service restaurants and buffets. Don’t mind getting your food at the counter? Then you don’t need to make a reservation, and you can even order the food via the Disneyland Paris app.

Is the park closed, but do you still want to get out and about? Then pay a visit to Disney Village. This is the area between the Disney parks and the Disney Hotels. Here you will find shops, bars and restaurants, among other things. Perfect for getting something to eat or buying one last souvenir.

Until September 2023, Disneyland Paris is celebrating the resort’s 30th anniversary. They do so with new shows, parades and many Disney characters.

What I personally found most special was the Drone Show Disney D-light. Incredibly clever how they made that. And the song is stuck in your head for the rest of your stay.

But there are many more novelties like various shows, a parade, new outfits for Disney characters, and even a complete new land in Walt Disney Studios Park with two new attractions. In short, haven’t you been to Disneyland Paris in a while? Then now is the time to go.

Who is Disneyland Paris for?

I get this question quite often. Actually, Disneyland Paris is for everyone who has a little imagination.

Do you have children who are absolutely crazy about Disney characters and films? Then, of course, this is an ideal destination. Last week, we were there again and seeing them run to Mickey Mouse was incredibly magical. Even if Disney isn’t your thing, this will certainly get you emotional.

But Disneyland Paris is also a popular destination for adults and young couples. You really don’t stand out if you go there without kids and have a blast with Mickey ears on your head.

It is a place for children and anyone who wants to feel like a kid again.

Ready to go to Disneyland Paris?

Check out the best prices for your stay! ↗
Read more

Next6 things you must know before visiting Efteling!Next

My experience with the Golden Forest Club at Sequoia Lodge

How do Single Rider queues work in an amusement park?