All you need to know about the Disney Parks in Disneyland Paris!

Going to a Disney Park is an unforgettable experience for people of all ages. Whether you’re young or old, there’s something special about stepping into the world of Mickey Mouse and his friends. And with Disneyland Paris, you can enjoy that magical experience twice!

We will tell you everything you need to know before your visit to Disneyland Park and Walt Disney Studios Park, from what each park has to offer, to tips on how to make the most of your time there. So, whether you’re a seasoned pro or this is your first time visiting a Disney Park, read on for all the information you need to have the best day ever!

What makes Disney Parks different from other theme parks?

It’s something I always find hard to explain: what is it that makes Disney parks different from other theme parks? There are rides, restaurants, and enough things to do to keep you and your family occupied for a few days.

However, the thing that makes these parks magical is the attention to detail. From the moment you step into the park, you are transported into a different world. The staff are always happy and willing to help, the rides are top-notch, and there is a real sense of community among visitors.

When you’re at Disney Park, you feel like you’re part of something special. And especially children will feel part of this fairytale world, which is something that other parks don’t always manage to create. Especially if they enjoy Disney shows and movies, and all the famous characters and princesses.

Disneyland Park and Walt Disney Studios Park are both located at Disneyland Paris, and while they share some similarities, they each have their distinct flavour.

Disneyland Park is the original park, and it’s dedicated to Walt Disney’s classic animated movies. This is where you’ll find Sleeping Beauty Castle, the Disney princesses, and famous rides like Pirates of the Caribbean, Peter Pan’s Flight, Space Mountain and Phantom Manor. 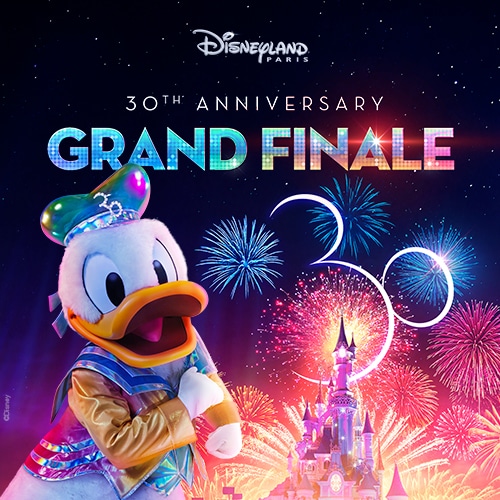 If you’re visiting Disneyland Paris with kids, you’ll want to spend most of your time at Disneyland Park. Actually, both parks are great for families, but Walt Disney Studios Park is geared more towards thrill-seekers and older children. This park has adrenaline-pumping rides like The Twilight Zone Tower of Terror, Avengers Assemble: Flight Force and Crush’s Coaster.

Walt Disney Studios Park is also home to the most recent addition to Disneyland Paris: Avengers Campus. This is an immersive experience where you can become a superhero for the day, and it’s perfect for Marvel fans of all ages.

The best rides and attractions

Both Disney parks are home to some amazing rides and attractions. In the previous paragraph, I already mentioned a few.

By far the most popular attraction in Disneyland Paris is Crush’s Coaster in Walt Disney Studios Park. This is a fast-paced rollercoaster ride in the dark, inspired by Finding Nemo.

Another one of my favourites is The Twilight Zone Tower of Terror, which is also located in Walt Disney Studios Park. This ride takes you up to the top of a tall building, and then suddenly drops you!

If you aren’t a thrill seeker, there are lots of rides for you as well. For example, Ratatouille the Adventure, also located in Walt Disney Studios Park. This is a 4D ride where you shrink to the size of a rat and have to avoid Chef Skinner in the kitchen of Gusteau’s restaurant. It’s really fun, and sometimes even a bit scary!

And then there are classic rides like Pirates of the Caribbean, Peter Pan’s Flight, and It’s A Small World, which can be found in Disneyland Park. These are a must-do for any Disneyland Paris visitor.

As I mentioned before, Disneyland Park is the best park for children. This is because it’s dedicated to Walt Disney’s classic animated movies, and it’s where you’ll find Disney princesses. You can meet them in Princess Hall or have lunch with them at Auberge de Cendrillon.

In Disneyland Park, you will also find the most rides and attractions for little ones like Dumbo the Flying Elephant, Casey Jr. Circus Train and Alice’s Curious Labyrinth. Your children will also love the Disney Stars on Parade, which is a daily parade with all their favourite Disney characters like Anna, Elsa, Peter Pan, the Princesses, and Mickey Mouse.

Walt Disney Studios Park is also great for families, but it’s geared more towards thrill-seekers and older children. That being said, there are still some great rides and attractions for little ones in this park. These include Ratatouille the Adventure, Slinky Dog Zigzag Spin and Cars Road Trip.

This park is also home to Frozen : A Musical Invitation, which is a must-see for any Frozen fan, as well as the show Disney Junior Dream Factory.

That’s why I always tell people to buy a multi-park ticket. That way, you can visit both parks and experience the best of what Disneyland Paris has to offer. This ticket is included when you book a stay through their website.

What are the best restaurants?

There are many great places to eat in the Disney Parks, but my personal favourites are Café Hyperion, where you can eat hamburgers and fries, and Walt’s—An American Restaurant which is a bit more upscale. This restaurant is a tribute to Walt Disney, even serving some of his favourite foods, and therefore a must-visit for Disney fans.

In Walt Disney Studios Park, probably the two most popular restaurants are PYM Kitchen and Chéz Remy. PYM kitchen is a new buffet restaurant in Avengers Campus inspired by the Marvel character Ant-Man. In Chéz Remy, you are eating in the garden restaurant featured at the end of the Ratatouille ride. The latter is probably the most popular among families with small children.

Keep in mind that eating in the two Disney Parks isn’t cheap. A meal at a counter service restaurant will cost an average of €15 per person. For table service and buffet restaurants, prices will start at €35 per person for a meal.

We usually share a counter service meal and add fries or salad to it as an extra side. This is a cheap way to still get a full meal at the Disney Parks. And also a great way of sharing meals with your little ones.

Tips for making the most of your time at Disneyland Paris

The two Disneyland Paris parks have something for everyone, from (thrilling) rides to great shows and parades to delicious food. If you want to experience everything the parks have to offer, then consider staying for at least two days. Or buy a multi-park ticket, so you don’t have to miss anything.

If you are still missing some information, send us a message, we are happy to help!