Typhoon Lagoon or Blizzard Beach, which Disney World water park is the most fun?

With summer temperatures over 90 degrees, in Florida you sometimes need some cooling off. Especially if you’re outside all day in an amusement park. Of course you can take a dip in the pool at your hotel or appartment, but it’s even more fun to go to a water park. Disney has two water parks on the resort: Blizzard Beach and Typhoon Lagoon.

When I am in Disney World I go to both water parks at least once. Usually I try to get there as early as possible, because at the hottest time of the day it’s no fun to be there, standing in line in the full sun. The floor gets so hot that you can hardly walk on it. And standing in the sun for too long will give you a nice sunburn if you are not careful.

Both Blizzard Beach and Typhoon Lagoon have their own theme, attractions and charm. But which Walt Disney World Water Park is the most fun?

A melting ski resort in the middle of Florida, who thought of that! That’s the theme of the first Disney World water park: Blizzard Beach. In the middle of the park is a high mountain where you can climb the stairs or take the chairlift. Disney has thought of all the details!

On top of the mountain you’ll find 3 attractions including Summit Plummet, the scariest slide in the park. You go almost straight down and you reach speeds over 40 mph. Very scary! And yet this is not the scariest part of the slide. In the queue you slowly climb up and have a beautiful view over Walt Disney World. But you also realize how high you are standing. When it’s your turn to slide down, they ask you to lie down. Not that scary, but you know what is? That you can’t see anything beyond the edge. Then they ask you do slide yourself over the edge….that’s the most scary part of this slide.

Besides Summit Plummet there is much more to do in Blizzard Beach. There is a long Lazy River that goes around the Park. In the middle there is a large wave pool where you can cool off. Everywhere along the water are sunbeds and chairs but they are soon taken. If you want a seat it is best to claim it in the morning or find a spot further away from the water.

In total there are 7 slides and 2 children’s playgrounds in Blizzard Beach. If it is not crowded you can do everything in the Park within a few hours.

Next to this Disney World water park is a mini golf course: Winter Summerland. Here you can play 2 different courses, one where Santa Claus is on summer vacation, the other in winter. Very nice and definitely recommended after a day of swimming or if you want to do something different than the amusement parks.

The other Disney World water park is Typhoon Lagoon. Not a melted down ski resort, but a tropical destination where a typhoon just went over. There are boats everywhere and lots of tropical plants. Personally, I think this park has more atmosphere and feels more cozy, compared to Blizzard Beach.

The main attraction in Typhoon Lagoon is the large wave pool in the center of the park. Every few minutes it produces a large wave that drags everyone back to the beach. There is a lot of force behind this so if you can’t swim, you better not go too far into the water.

There are a total of 9 slides in Typhoon Lagoon. One of them is a water roller coaster. Here you can choose from 3 different slides that not only go down, but also back up again! Another fun water slide is Miss Adventure Falls. This is a family ride with a large tube that slides down through various curves.

For those who love speed there is also a good option in this water park. Humunga Kowabunga are 3 slides that – in the dark – go straight down. You reach speeds comparable to Summit Plummet only these slides are less high.

Which Disney World water park is the most fun?

If you have an entrance ticket that includes the Disney World water parks then I would try them both. Take a look and decide which one is your favorite. In Typhoon Lagoon they have more slides and also special variations like the Crush ‘n Gusher. There are not many water slides that will take you back up again after sliding down.

Blizzard Beach has the best thrillride of the two water parks: Summit Plummet. If you dare, you should definitely try this one. I’m afraid of heights and I immediately got a stomach ache when I saw Summit Plummet. But believe me, it’s not that bad and afterwards you’re happy you did it.

My favorite Disney World water park is Typhoon Lagoon. This park has more slides and a larger variety. In Blizzard Beach the slides are quite standard (apart from Summit Plummet of course) and the Park isn’t as beautiful.

Typhoon Lagoon has the large pool in the middle that produces the large waves. The trick is to swim as far back as possible and let yourself be carried away by the wave to see where you end up. It is wise to do this only if you can swim well, because there is quite a lot of force behind the wave.

What I like in both Parks is the Lazy River. You grab a tube and let yourself be carried away by the water. A great way to relax and cool off after lunch.

The only disadvantage of both water parks is the menus at the restaurants. They only have fast food. There are also a lot of birds at the tables, which are so cheeky that they steal the food from your plate. You have to eat really fast if you want to enjoy your full meal. That’s why we usually eat something small – like a kids meal – or we share a portion. When we leave the water park we go to Disney Springs and get something to eat there.

But that is the only disadvantage of these water parks. They are both definitely worth a visit! Have you ever been to Blizzard Beach or Typhoon Lagoon? Share below which of the two is your favorite and why! 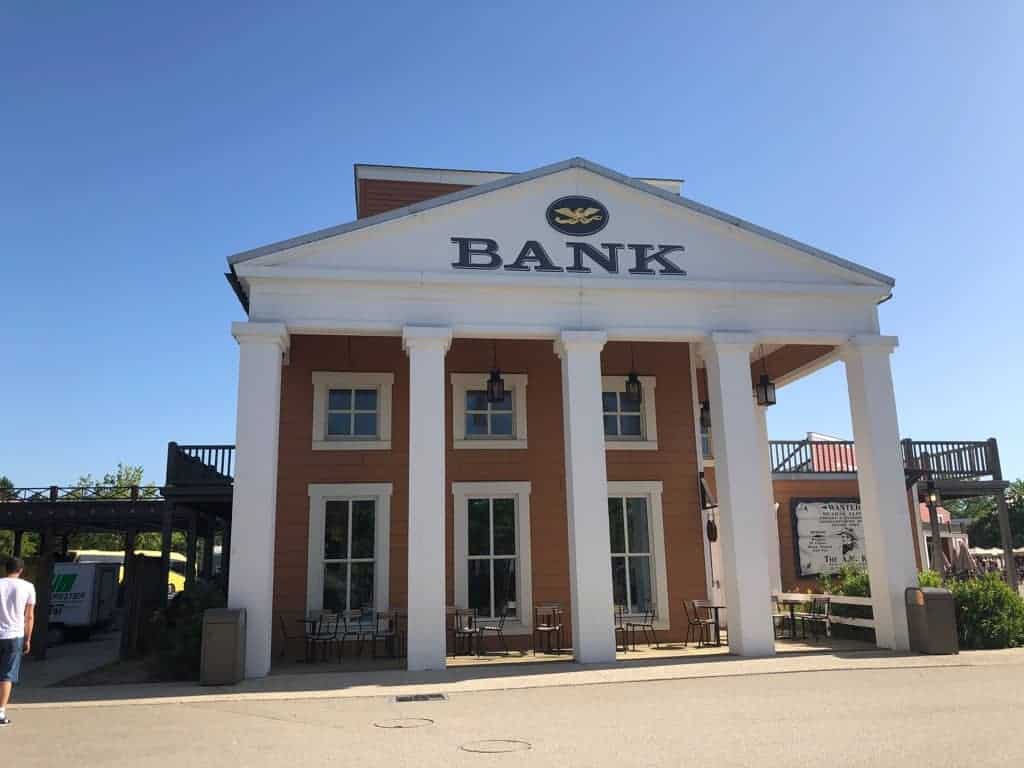 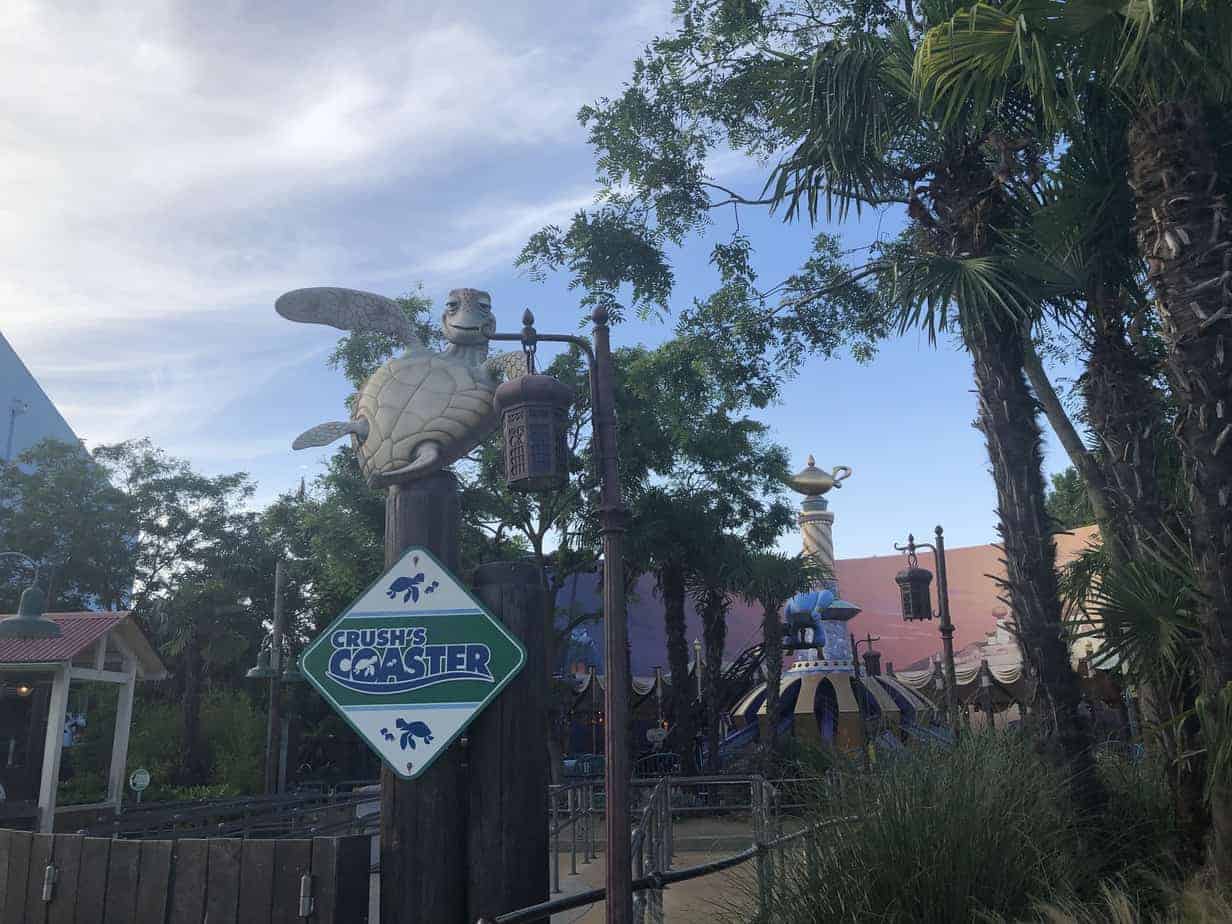 Is Crush’s Coaster at Disneyland Paris worth the long wait? 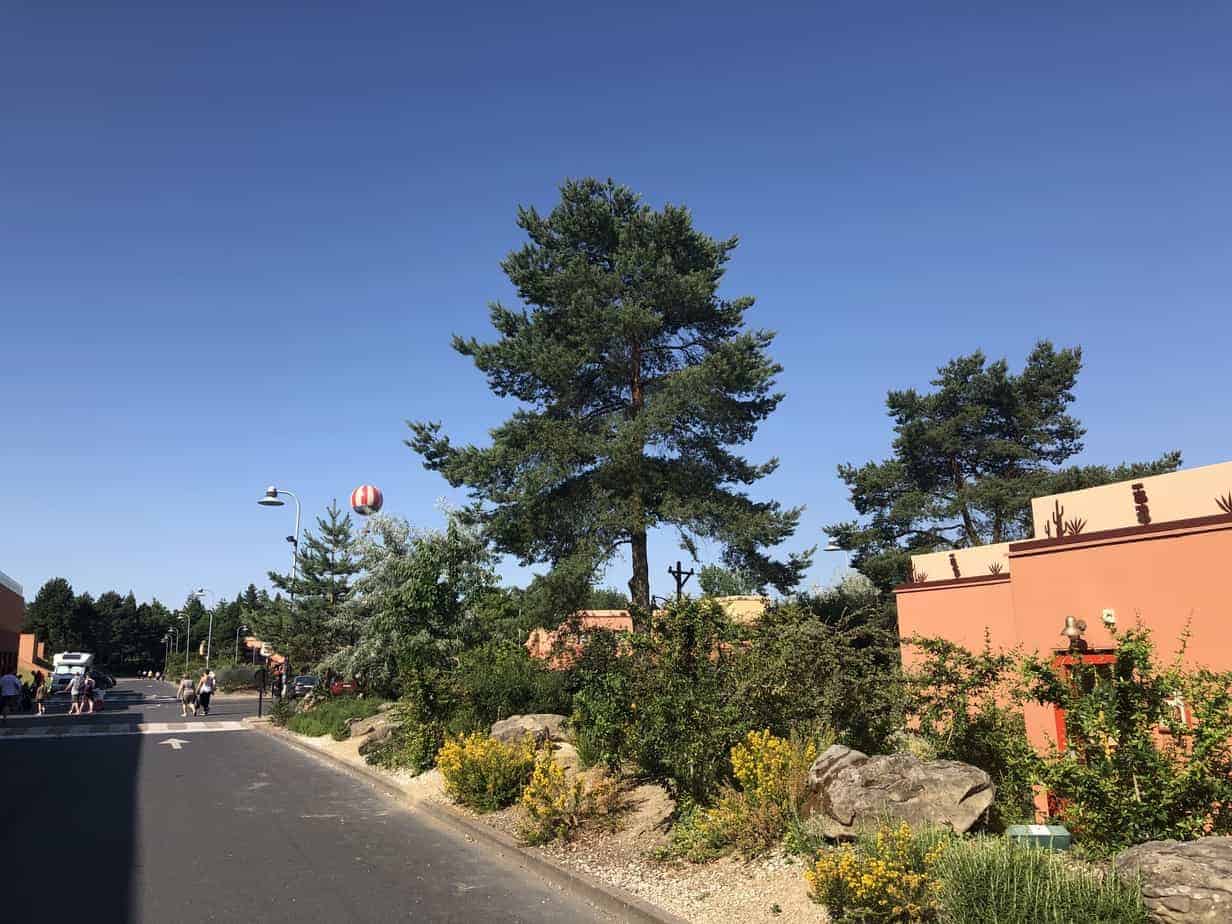 Hotel Santa Fe in Disneyland Paris: this is everything you need to know!

Crowds at Disneyland Paris in 2020

How many days do you need in Walt Disney World? 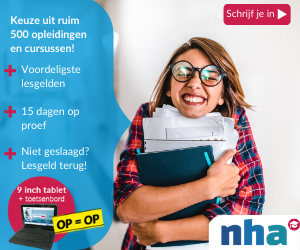